The World of Water Lily Hybridization 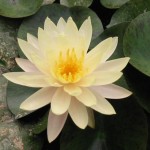 It was 27 years ago when I first started collecting wonderful Water Lilies.  At first, I thought there were maybe just a dozen or so of them, but soon discovered there were hundreds in existence.  I remember feeling excited when a British collector sold me around 20 cultivars which included Nymphaea Rosy Morn, Nymphaea Pink Sensation and Nymphaea Texas Dawn. I then discovered that many of the cultivars I was collecting were hybridized by Joseph Latour Marliac at the end of the nineteenth century, and it was his hard work that paved the way forward to hybridizers of the 20th century.  In 2001, I created a show garden at the Hampton Court Flower Show called “A Tribute to Latour Marliac” and I was very proud when it won the RHS Silver award.  As a collector where my hobby, passion and work fall into the same category, it soon became obvious to me that I was never going to stop collecting, and thought that maybe one day I would simply run out of room on my nursery to put them all! 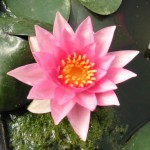 There have always been hybridizers and all their creations are important, but In the 80s and 90s, two hybridizers Kirk Strawn and Perry D Slocum from the USA, were on the road to creating some very unique creations.  Perry loved his dark reds and pinks whilst Kirk was working hard to develop peach coloured blooms.  All their creations were a building bridge into the new millennium, and things were about to get truly exciting. 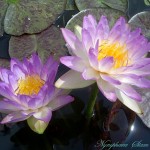 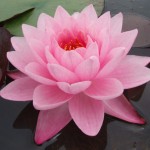 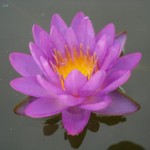 Last year I met a new friend called Vasu who comes from Germany.  We both share the same passion for Water Lilies and I very much would like our friendship to be one that lasts for life.  Vasu is a collector and hybridizer and he has created some very special hardy Blues and Purples and also has a wonderful collection of new pink cultivars.  Vasu is one of the most helpful people I have ever met and he continually communicates with other hybridizers around the world and features their own creations on his website www.traumseerose.de.  I feel very honoured that he has asked me to be a UK agent as a collector, grower and seller for his diverse and unique featured cultivars. 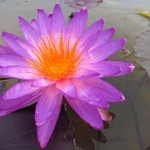 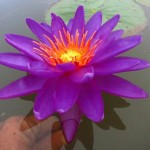 There is a lot of talk about Mike Giles and quite rightly so as he has hybridized some of the most exquisite peach and pink coloured cultivars.  But, what Mike is most famous for is that he was the first to create hardy blues and purples in the USA, and his contributions are truly outstanding. Some of his creations include Nymphaea Sunfire, Nymphaea Fairy Skirt, Nymphaea Violicious (ISG), Nymphaea Purple Damselfly (ISG), and Nymphaea Dark Pink (ISG). 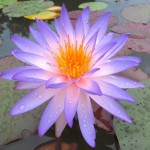 I have always enjoyed looking through Florida’s amazing collection of Tropical Water Lilies many of which have been created by them.  Perhaps maybe one day, we will have hardy blue and purple Water Lilies in the same dynamic colours and shapes as the tropical’s, and I personally feel that this is an achievement which is literally just around the corner.  I must just mention Florida’s creation of Nymphaea Purple Fantasy and if I’m very lucky, I may have a small quantity of this stunning hardy purple to sell at Lilies Water Gardens in 2015. 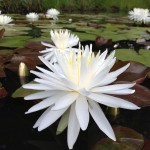 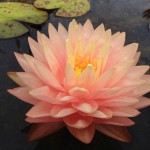 Tony Moore is a Water Lily hybridizer from the USA and his passion has resulted in some very unusual and colourful hybrids which include the double Nymphaea Lemon Meringue which won 1st place in the Hardy Water Lily category in the IWGS competition which was held last year.  Tony Moore is also known for his stunning Nymphaea Awesome, Nymphaea Fuscia Pom Pom and Nymphaea Snowflake and many others. 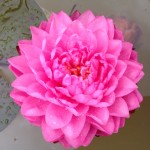 I hope this blog has given you an insight into the world of Water Lily hybridization. 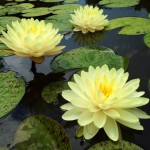